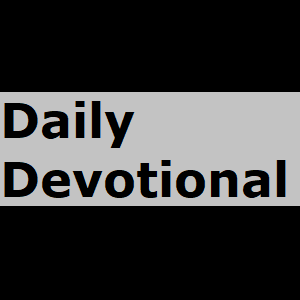 You know how short your shadow is in the middle of the day, and how it gets longer and longer as the day comes to an end. This is true spiritually too. In the middle of our lives it might feel like fearing the Lord and doing what is right is just a tiny little circle around our own feet. You might be tempted to fear the wicked whose wickedness seems to be so much greater. But like a shadow at noon is small, and lengthens until the sun has set, so the fear of the Lord will vindicate itself when your life draws to its end.

Ecclesiastes 8:12-13 is the source of this small-to-large shadow picture.

Though a sinner does evil a hundred times and prolongs his life, yet I know that it will be well with those who fear God, because they fear before him.
But it will not be well with the wicked, neither will he prolong his days like a shadow, because he does not fear before God.

Wickedness might appear to dominate at the moment, and might even seem to promise longer life on this earth. But godliness leaves a longer shadow. Fearing the Lord and doing what is right is always better than joining with the wicked. For soon the sun will set on everyone’s life, and then those who fear the Lord will still stand, and like a shadow that eventually reaches to the horizon, so their faith in the Lord will lead them to eternal life.

Holes in your knowledge of God

The Gospel of the Old Testament

Why do some people depart from the faith?

Posted On : 1 Mar 2022
Tags: Fear of the Lord/Godliness/wickedness/worldview